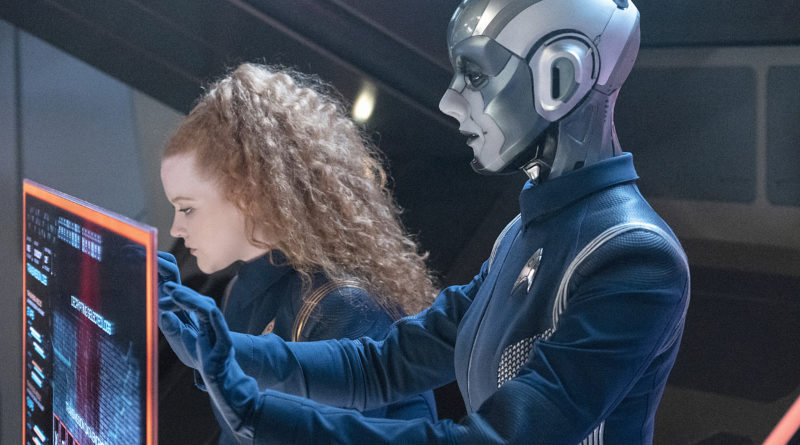 By Fleet Capt. Dave Mason
“Star Trek: Discovery” started slowly at impulse speeds during its first season, but made it to warp and soared during its second.

Those observations were made during the USS Angeles’ weekly “Let’s Talk Trek” chat on our Facebook page. (Times and days vary for the chats. To become part of the Facebook group, click on the Facebook logo on the top of this page.)

We had a great, live discussion on April 30 of “Discovery’s” strengths and weaknesses.

Lisa and I agreed the new Klingon makeup fell short of “Star Trek” makeup supervisor Michael Westmore’s designs for “The Next Generation” and “Deep Space Nine.”

“Though I understand the desire to update the look and the makeup supervisors wanting to put their own stamp on it, the trouble is they just don’t look like Klingons to me,” Lisa posted.

I noted that the series improved greatly during the second season. I’m among the fans who loved the tie-ins with the original “Star Trek” episodes, including the addition of Capt. Christopher Pike and the USS Enterprise.

Janice Willcocks said she likes Anson Mount as Pike on “Discovery” and Bruce Greenwood as the same character in the J.J. Abrams-directed “Star Trek” movies.

“They are both terrific actors and both sexy!” Janice said. “I got to see Anson at the Vegas con last year, so he has a very slight edge over Bruce, since I’ve never seen Bruce in person.”

“Tilly is so smart and genuine, but also has a naivete about her. She has really grown quite a bit over the course of the series as well,” Lisa said.

She added that she appreciated Saru’s intelligence and his past vulnerability. Saru rose above his fears during a physical evolution in an episode that Lisa enjoyed. She also said she liked the episode in which Saru, a Kelpien and Discovery’s first officer, visited his home world.

Another actor hasn’t impressed us as much. I agreed with Janice that Leonard Nimoy and Zachary Quinto were much better in their portrayals of Spock than Ethan Peck on “Discovery.”

“Well, I’m sorry to say that, for me, he doesn’t measure up to Quinto or Nimoy,” Janice said. “Tough shoes to fill.”

I told Janice that I didn’t feel anyone could top Nimoy and that Quinto wisely sought Nimoy’s advice before playing the half-Vulcan, half-human officer. Nimoy encouraged him to take his own approach to the part, but I believe Quinto’s study of Nimoy’s acting helped him.

We discussed other characters. I noted I liked the relationship between Lt. Cmdr. Paul Stamets (Anthony Rapp) and Dr. Hugh Culber (Wilson Cruz), as well as the re-emergence of the latter. No one dies in sci-fi! They just get reinvented or reincarnated.

Lisa agreed. “The reincarnation of Hugh Culber (Wilson Cruz) is one of the most unique ways I’ve ever seen anyone brought back to life. It is interesting seeing how this new Hugh readjusts to his life and his love interest, Paul Stamets.”

The third season, which throws the Discovery crew and Lt. Cmdr. Michael Burnham (the talented Sonequa Martin-Green) into the far future, will start soon. I’m looking forward to seeing what happens next.

Editor’s note: Episodes from “Star Trek: Discovery’s” first and second season remain available at CBS All Access. Click on the banner on the home page for a free trial. 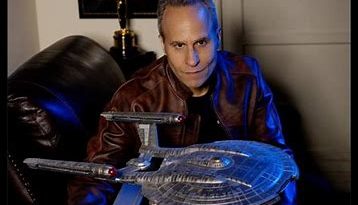 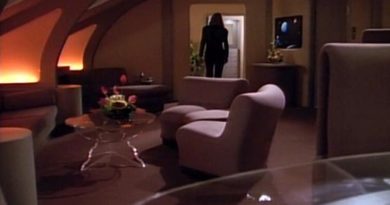 Don’t worry, ‘Star Trek’ can help you with cabin fever 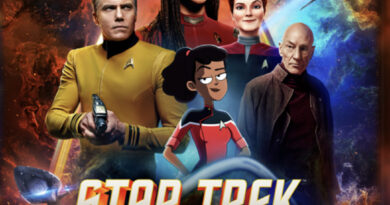 Prepare to engage in more Star Trek this year