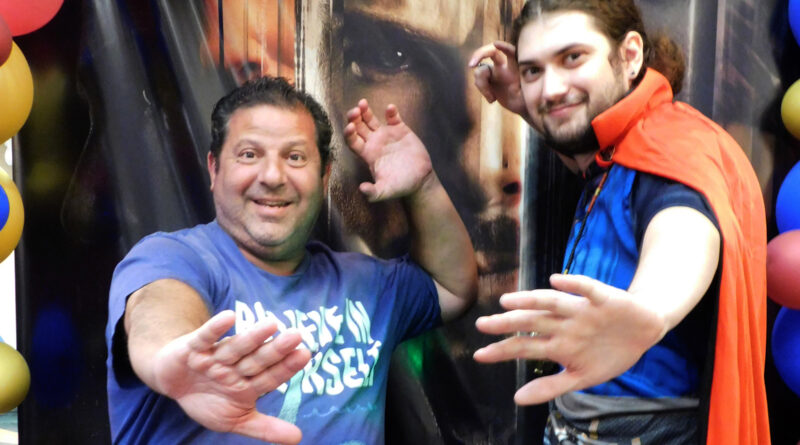 CALABASAS — The USS Angeles resumed its in-person activities with a visit to Doctor Strange May 7 at the Edwards Calabasas at the Commons at Calabasas shopping center.

This was our first in-person activity since last October’s Halloween Party in Ventura and a summer 2020 gathering at a Goleta drive-in theater to watch the J.J. Abrams-directed “Star Trek” movies. Because of the pandemic, we have limited our activities to Zoom chats, but with the world now getting back to normal, we’re resuming in-person activities on a regular basis. In fact, we’ll meet at noon May 14 at Ferndell, the Griffith Park area used to film Bajor on “Star Trek: Deep Space Nine.”

Six Angeles members gathered to see “Doctor Strange in the Multiverse of Madness,” which stars Benedict Cumberbatch as Doctor Strange and Elizabeth Olsen as Wanda, aka the Scarlett Witch. The movie introduces audiences to a new young superhero, America Chavez, played by a new young talented actress, Xochitl Gomez. She was originally going to make her debut in “Spider-Man: No Way Home,” but her appearance was pushed back to premiere with “Doctor Strange in the Multiverse of Madness.”

After the movie, one of the theater employees, Dylan, was in a cosplay costume as Doctor Strange, complete with a time stone. He appeared for photos with Angeles members before five of the members joined two other members at the Marmalade Cafe at The Commons at Calabasas mall. It was great to see everyone in person again! 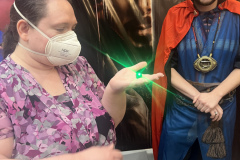 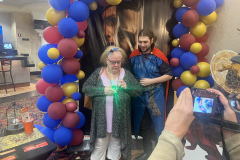 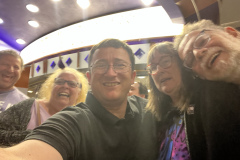 From left, Paul Szymborski, Dave Mason, Doctor Strange, Chris Mulrooney, Mark Bradley and Jennifer Taylor are ready for more magic after seeing “Doctor Strange in the Multiverse of Madness May 7 in Calabasas. 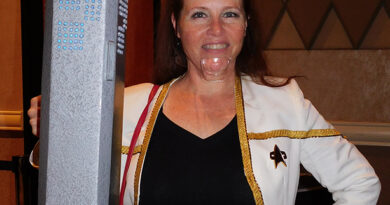 The Trek to Vegas! 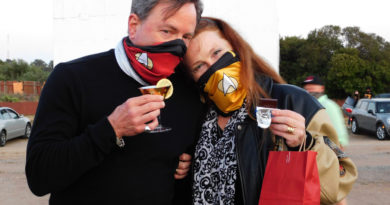 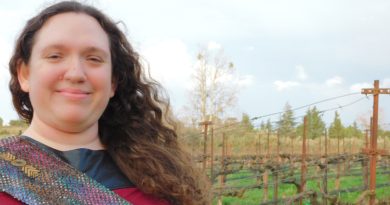